Arianna Grenawalt has woken up in a strange bathtub in an abandoned warehouse with no recollection of who she is or where she’s come from. With a fresh suture mark down her abdomen and drugs just barely wearing off she makes her way out of the warehouse into a world she doesn’t recognize. All she has is a single note left for her telling her, ‘It’s more than you deserve’.

Publisher Note: Each book in the short story series can be read as a stand alone.

“It had me on the edge of my seat the entire time.”

If you’ve read Clusters: Case of the Missing, then you know I’ve been following David Paulides’ research on mysterious disappearance cases.

What are your thoughts?

Here’s an article on his disappearance

TEASER for the new CLUSTERS book.

“Sixty-one people died by the hands of a serial killer.”

Smoke whirled around the tip of Joe’s cigarette as if it were trying to suck itself back in. The air in the room was stale and had a distinct wet odor to it, evident of the layer of toxic black mold that clung to the wood behind the wallpapered walls.

“And?” Charles folded his arms in front of his chest.

“We’re going to investigate.” Joe puffed on his cigarette, taking in a long drawn hit as if it were his last. When he blew out the smoke, it came out of his nostrils making him look like a pathetic fat bellied dragon.

“Are you talking about England?”

“You just said they were killed by the hands of a serial killer.”

Charles pushed his chair back and slapped his palms against his knees. “You lost me.” Maps with red circles lined the pin board behind Charles’ head and he leaned back, his hair barely touching the creased and dusty maps. When he was recruited by the Federal Bureau of Investigation he imagined a nicer office and a more formidable boss. Instead, he got someone who read one too many Sherlock Holmes novels and an office to match, in the least flattering way.

True to Clusters, it’ll be based on true cases and this time inspired by the 61 deaths at Manchester Canal Street in England.

And true to Clusters, the inspiration from Paulides is still there. As his investigations continue, the strangeness grows.

If you think you knew where Clusters was going, then you’re in for a new surprise because there are new patterns and new ideas behind the cases of the missing.

We’re not out of the woods yet… or maybe we are.

What’s different in this book?

Like Clusters: Case of the Missing – This book will be able to stand alone. However, we’re going to be moving into urban areas now as cases of the missing is no longer contained in our national forests.
In a way, this will hit a lot closer to home for many of us.

When will it be released? We’re looking at the end of 2016 at the earliest.

Will we see some of the same characters? The Sheriff will have a cameo, but this one follows Charles, who we met in Clusters: Case of the Missing.

Do we have a title? There’s a working title, either CLUSTERS: Nephesh or Clusters: Canal Street. What do you guys think?

Will there be more books? I have no idea. When I started out with Clusters: Case of the Missing, it was supposed to be one and done. The story will be done when it tells me it’s done.

You heard about it on my fan page! There’s a secret CLUSTERS chapter out there now. If you want to get your hands on it, then make sure to check out RPGlory’s fan page for an update on their indiegogo campaign.

The chapter is Lorraine’s shortly after Ethan Franco visits her and her last moments.

She cocked the gun, the double clicking sound of the shotgun shell lodging into the smoothborne barrel of the gun loud enough that an intruder would hear it – the reason she chose a shotgun in the first place. She wasn’t taking any chances. After all, she knew more than anyone that an alarm system and a watchdog didn’t provide the safety and comfort one would think.

Her heart hurt with the memory of her lost nephew – vanished only two feet from where she stood now.

Her breathing was shallow as she gripped the gun tightly between her two hands. It was a monster compared to her small frame. Yet, only provided a small measure of reassurance. Seven years earlier, she would’ve trusted the police, the gun, the sound of the alarm system on her home being set – but today, today she felt like she were in an all consuming void waiting to take her away too…

Please join me for a live online role-playing session set in my novel Clusters: Case of the Missing. During the event you will have a chance to uncover for yourself some of the mysteries only hinted at in the book. This game is appropriate for people who have never tried a role-playing game before, as well as experienced gamers. Player slots will be available as a perk in RPGlory.com’s upcoming Indiegogo campaign. Register at www.RPGlory.com or sign up for their mailing list (http://www.rpglory.com/membership/XUDRegNotify.asp) to be among the first to be notified when the campaign goes live.

If you’ve read Clusters, which missing case is the most intriguing for you that you’d like to see a chapter from? 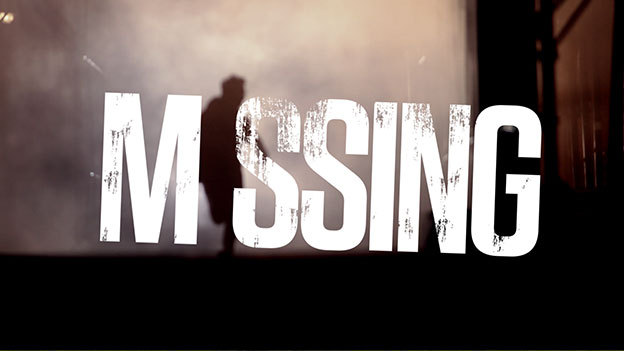 David Paulides shared about the cave video on Coast to Coast AM (July 20th, 2015) where Kenny Veach is looking for this cave and has been missing since. I encourage you to listen to the Paulides interview if you haven’t. I’ve read every single one of his Missing 411 books as research for my book, CLUSTERS, and even the books he recommended. To this day, I’m baffled. I am so happy Paulides has dedicated so much to helping the missing and their families.

A little background – Veach is searching for a cave he apparently had encountered on a hike previously that had left him feeling creeped out. When you watch the video you’ll see he’s a really level headed guy and has his own theory as to what creeped him out.

ViralNova covered some info on his disappearance including some screen prints of his comments. I recommend watching the video first before reading the article here.

You’ll see in the comments, Veach’s girlfriend comments:  Sheryon Pilgrim 7 months ago I didn’t realize until today that there were comments on this hiking video. I am Kenny’s girlfriend that he mentioned in the video. We went on many many wonderful hikes together in our Nevada desert. Many of the hikes were 8 or 9 hrs long and we always took beautiful pictures. Kenny left for an over night hike in this same area on Monday Nov 10th. Today is Dec 10th. He did not return when he was supposed to and I called missing persons. They have been searching for him and have not found him. I did not want to leave his wonderful video and this site just hanging and having you wonder why he has not responded. jameslacey01…..Thank you for suggesting the GPS. I talked with him before about using GPS for safety reasons. He just never seam to want to use one. He loved just being out in the desert and just finding his own way. I am aching with missing his physical presence. Please encourage all the solo hikers you know to use a GPS

I’ll be doing a major blog tour for CLUSTERS: Case of the Missing. This is a great opportunity to go on my book tour from the comfort of your living room and to, of course, possibly win some goodies! Check out the tour dates and links below!

You’ll definitely want to check out each one of these tour stops because each one offers something different. We spent a LOT of time putting this together to give you guys something unique and special and I’m confident you’ll love it! Make sure to leave comments below on how you’re enjoying the tour, what your favorite stops have been, and what your overall experience was. Enjoy!

March 20th – Queen of All She Reads Blog

May 8th – Sharing Links and Wisdom

Some driving instinct told him to get out, to escape quickly. The other part of him, the part that made him a damn good journalist, begged him to push forward. Indecisive, he listened as the silence mocked him. His stomach roiled in knots and the chill of the fall weather crawled down his spine, sending a shiver through his body. The small living room seemed to magnify in size and every step he knew he must take was a journey in itself.

He was never one to let anything scare him from getting a story, let alone sounds of an empty home. He drew his gun, once again, relishing in the weight of it, solid in his hands. He gripped it tightly, pointing the barrel toward the ground.

“Lorraine, is that you?”

He wondered if he’d be able to hear anyone pull up on the gravel drive. Backing up to the front window, he peered out at his car sitting solitary in the drive. It began drizzling as he looked out the window and the same ominous feeling overcame him, taking his instincts into overdrive. An overwhelming sense of dread formed in the pit of his stomach.

He had never been so directed by his feelings before. Franco didn’t know if this were just his nerves wearing thin after years of work or if something else were happening. He struggled to ignore his fear as he walked softly through the home once more, carefully checking the room and the shadows that stretched out from the walls, hiding corners.  He found nothing. Franco stood sedentary in the center of the living room once more when a loud crash came from the kitchen.

Don’t forget to check out the Clusters trailer on my site: http://www.theaccidentalwriter.com

and to pre-order The Good, The Bad, and The Ugly of Sales and Marketing as well!

The 2nd edition, revised and re-edited Bohemian Grove will come out with Creed of Anu November 28th!

That’s all folks. Carry on